The ‘Montessori and Childhood Trauma’ Project 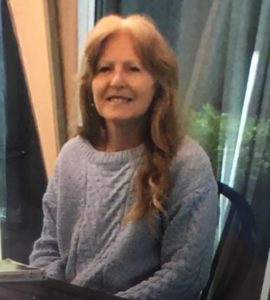 Bernadette Phillips is a PhD student who received an IRC postgraduate scholarship in 2020. Bernadette holds a BA and MA in English Language and Literature from UCD as well as Diplomas and Certificates in Montessori education from the London Montessori Centre, (now MCI). She has over 30 years’ experience as a Montessori teacher and owner/manager. She devised and delivered courses on Montessori theory and practice at the University of York UK, Centre for Lifelong Learning. She has also co-authored three books on Montessori, covering such topics as Montessori and early childhood trauma, Montessori for people living with dementia and Montessori for the whole of life.

Bernadette’s current research project-which is supervised by Dr Catriona O’Toole, MU Department of Education and Professor Sinead McGilloway (Centre Director), aims to investigate the historical claims that early Montessori schools were internationally known as ‘healing’ schools, wherein children impacted by adversity and trauma where apparently ‘cured’ on a considerable scale. The overarching aim of the research is to help to support children impacted by adversity and trauma, by examining past and contemporary Montessori practice and using the findings to inform the development of, and scientifically test, a new trauma-informed training programme for teachers in Montessori schools.