The “ learning to learn” project 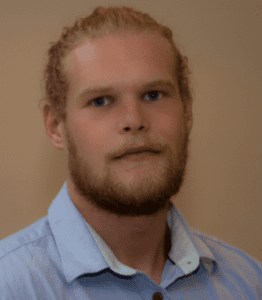 Shane Owen is a PhD student in the CMCHR and graduate tutor in the Department of Psychology. Shane’s principal supervisor is Professor Sinead McGilloway with Dr Jonathan Murphy acting as co-supervisor.  Shane holds BAs in Social Care, Social Studies and Psychology. He received the Recite II award from the Minister of Education as well as, recently,  Maynooth University’s MUSE award which recognised the impact of his research within the community. Shane’s research interests are quite broad, having conducted research on subjects such as body image, mental health and educational performance. Likewise, he has worked with a range of different client groups including young people and children in residential care, adults with intellectual disabilities and disadvantaged youth/early school leavers. He regularly acts as a voluntary guest speaker for students in second chance education facilities and is involved in mentoring programmes with disadvantaged youths. Similarly, Shane regularly addresses groups of delegates, school principals, investors and stakeholders in an advisory capacity with the aim of using his experiences and research in education to improve students’ experience and their academic performance.

Shane’s current research involves developing students’ non-cognitive skills (i.e. skills which are not directly accessed by most conventional measures of cognitive ability, but are thought to be a significant factor in educational performance) to increase their academic performance and overall wellbeing. At present, the research is focused on developing and pilot testing a non-cognitive educational intervention in Irish secondary schools. This work is being conducted with the aim of informing and supporting the recent NCCA guidelines on developing student wellbeing and resilience at secondary school level, whilst also improving academic performance.